Yesterday we received a Facebook message from fellow cyclists Joanna and David (an Australian-German couple); they just arrived in Santa Elena (across the bridge from Flores) and would love to meet us! We have a date for a morning coffee on our way to the Maya ruins of Tikal, but we got along so well, we chatted the whole morning away! And just as we finally say our goodbyes…

…Michal and Suza cycle along! We met the Czech couple more than a year ago when we were both camping with the King Penguins in Tierra del Fuego. Almost noon we decided to have lunch together and meet up later for a dinner with the six of us, cooking our own meal at the hotel where David and Joanna are staying, Suza and Michal will join later. Elmar and I tag along with the Australian couple and will stay at their hostel; a new record is born: we’ve only cycled 3,5 kilometers today!

As it happens, Dieter – the owner of the hostel, is an archeologist studying the Tikal ruins. He wrote a book about the ruins and is willing to give the four of us a private presentation about Tikal. Dieter tells us about the structures, the history, the facts and shows us images of the ruins. It’s very interesting and probably a lot better than the guides will tell you. I ask him about ‘the end of the world and the year 2012’. “That’s a media lie”, says Dieter. “There was actually no end of times in the Mayan calender. In fact they were talking about years to come. It was funny though; in December 2012 the Guatemalan government took precautions because they expected thousands of people to visit Tikal; 70 hippies came and occupied the site! The army came to remove them from the ruins, but that’s it, 70 hippies!” Dieter smiles and continues his history lesson.

We have breakfast with David and Joanna and before we know it, it’s already 11 o’clock! Now it’s really time to hit the road, but we will meet them tomorrow morning at the ruins. We cycle the hills towards the National Park in the blistering heat and find ourselves a camping spot at the Jaguar Inn. Camping is a bit disappointing though.. the tents are cramped together and I can hear our neighbours snore all night… Apart from that, it’s really too hot in our 4-season tent.. no, not really our ideal way of camping, but he, we are here at Tikal! 😉

The alarm clock wakes us at 5 AM, the gates will open at 6 and we want to visit the site before the crowds arrive. In the early moring we spot Spider Monkeys in the trees towards the ruins and birds, such as tucans fly around. We follow Dieters advise and make our way to Temple IV, which you are still allowed to climb. From here you can see the tallest and steepest of all Maya temples (Temple II) poking it’s head through the dense forrest. The sun is hiding behind foggy clouds, but still, it’s a great overview and we are the only ones enjoying this magnificent view! 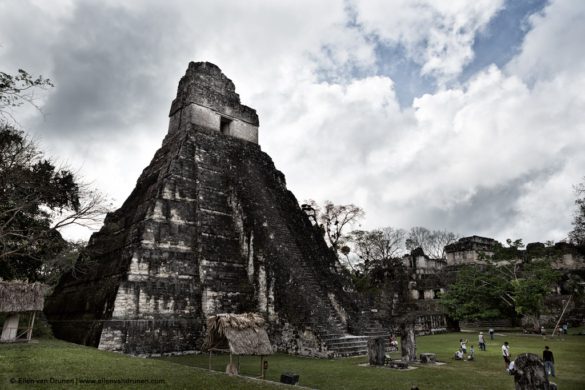 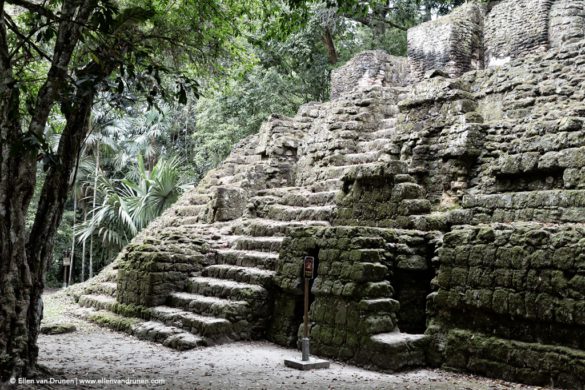 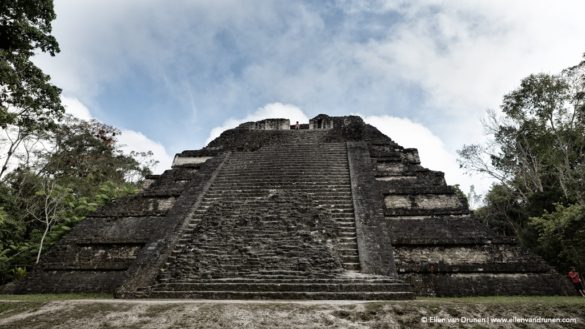 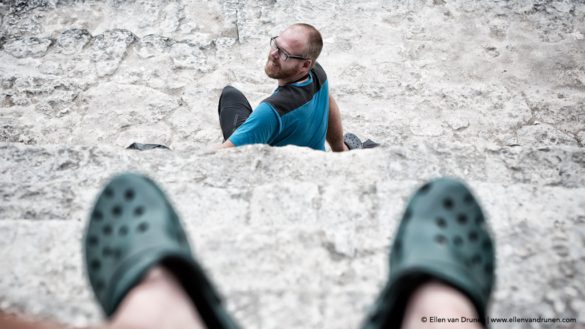 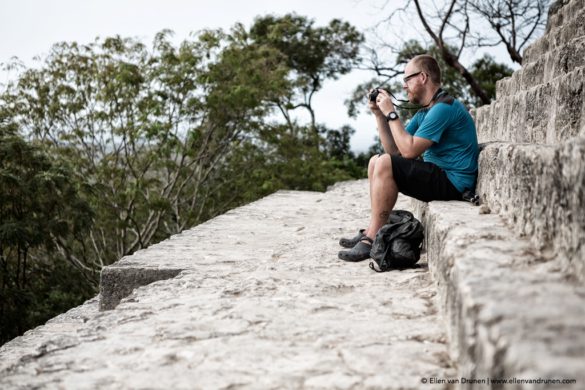 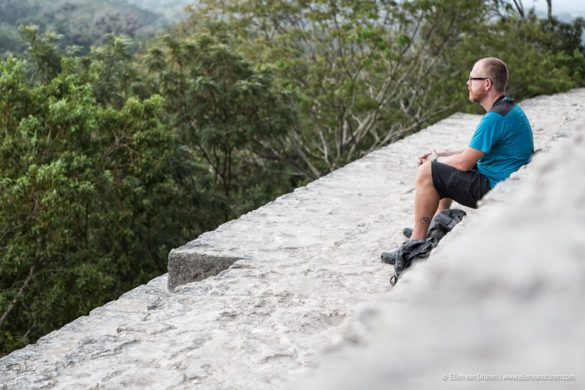 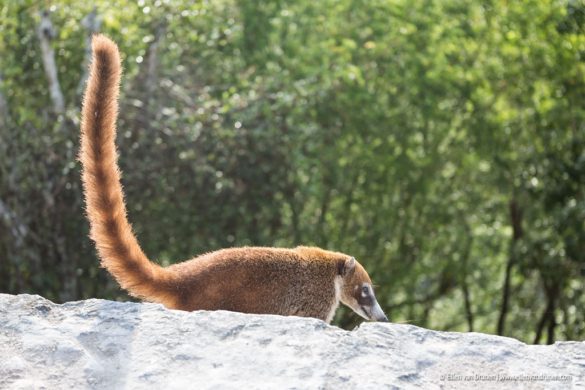