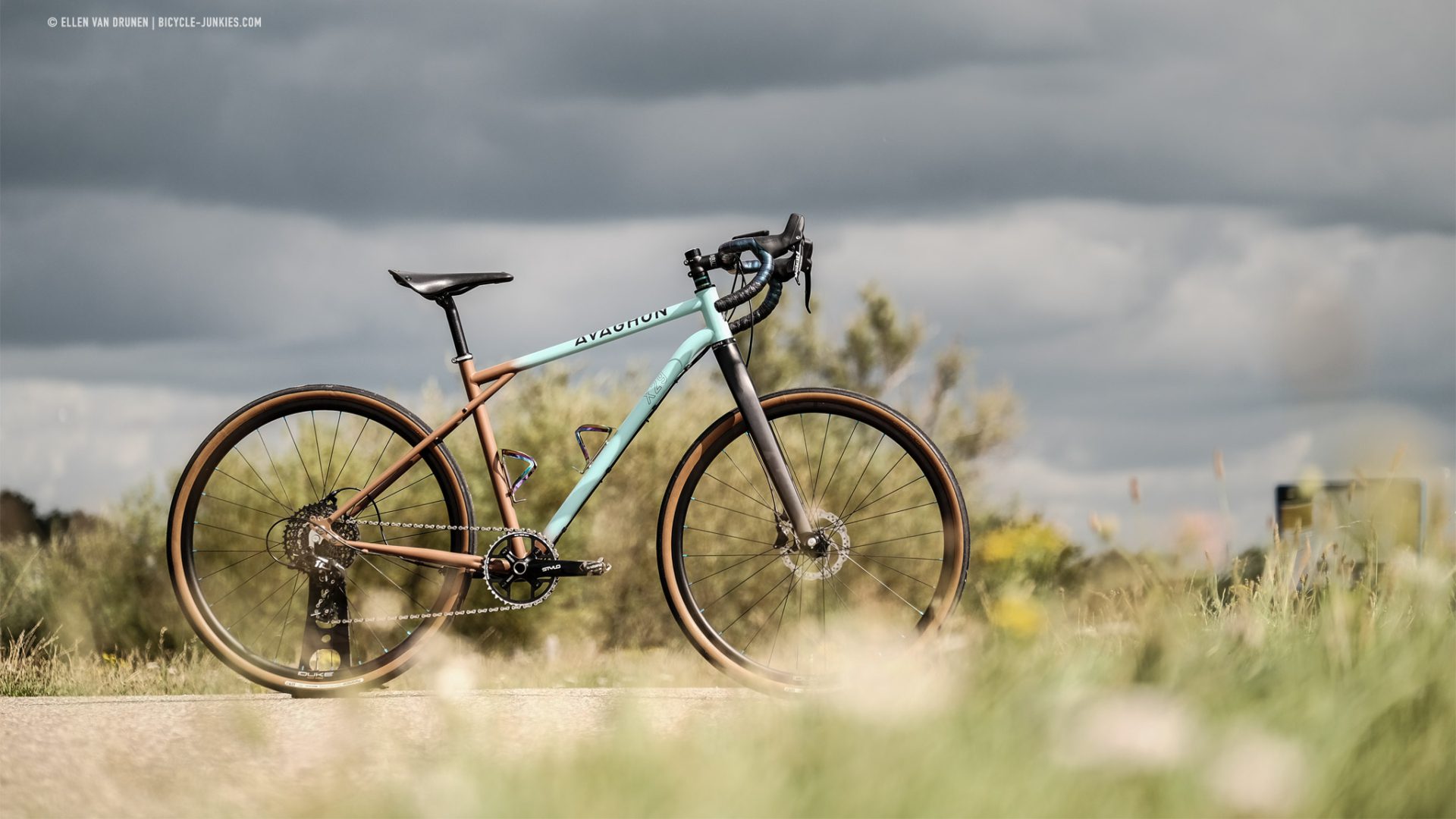 A year ago I decided I wanted to add another bike to my collection, but I’ve been going back and forth between a mountainbike and a racing bike. I’ve been commuting with the Avaghon X27.5 and that’s ok, but we sometimes like to go out and about on offroad rides too. Everytime we have to change tires and oh, what the heck! No more excuses, I just wanted a new bike! 😉

As Elmar is so super happy with his Avaghon Racert, I thought that would be a nice addition, especially for our 17km commute. 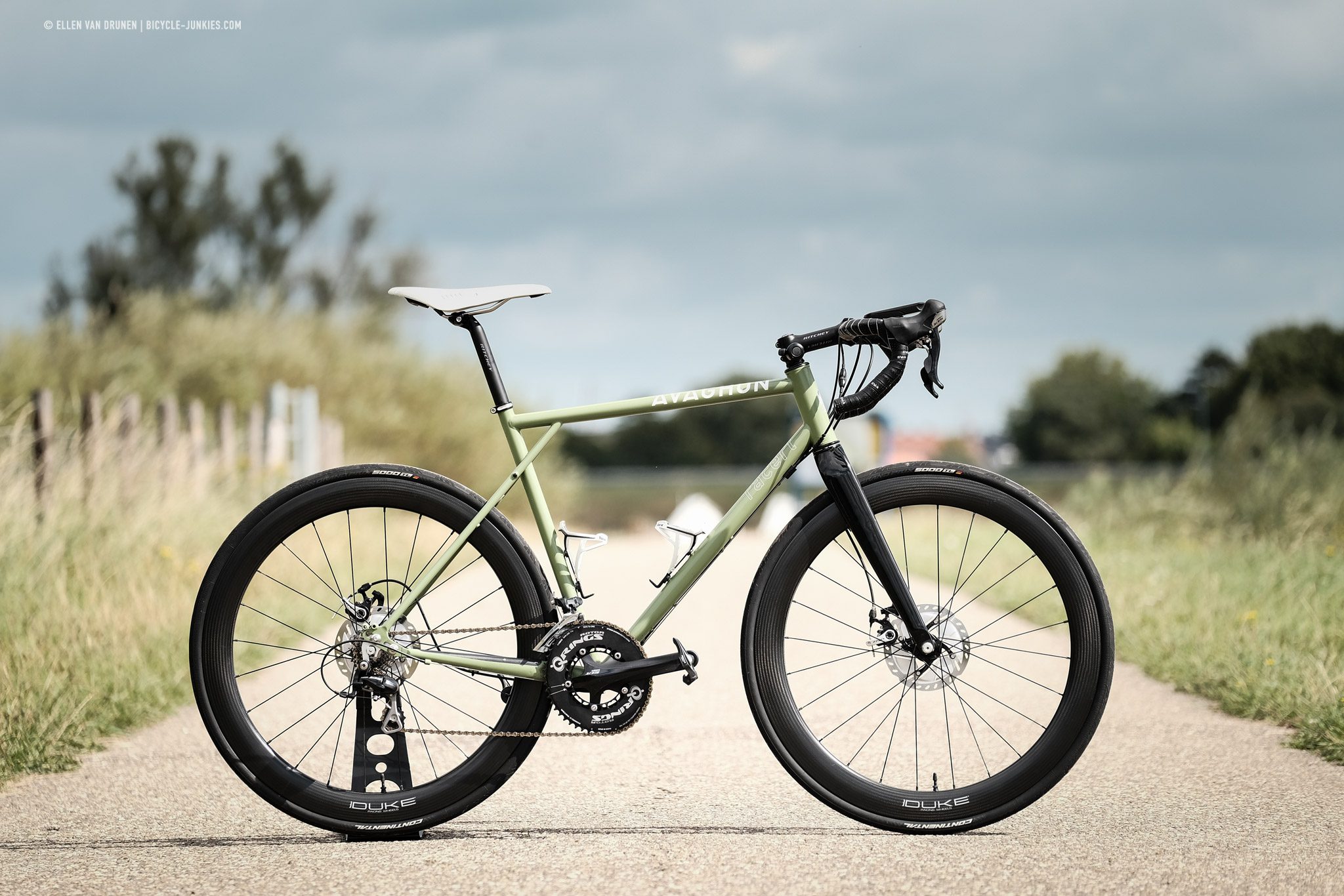 But, I wanted something special and gravelbikes are ‘the bomb’ right now. Then it hit, me… why not an Avaghon X29 ‘Gravelbike’?

The X29 is a very versatile bike; we have transformed it into an X27.5 offroad touring bike, Marco (my boss at Bike4travel) rides it as a singlespeed mountainbike and 29-er touring bike.
I like the steering capabilities of this bike and I imagined it would be a hell of a gravelbike too! It’s not light-weight, I know that, but that makes it a very stable and stiff bike, which I like.

Since I can build this gravelbike exactly the way I like it, I started talking with Marco about what it should look like. I knew one thing, it must be special!

First step; the color of the frame. Marco suggested it would be neat if our painter could do a two-tone powder coat..
I called Rainbow Industries and suggested our idea: “… difficult, difficult.. hmmm, with powder coating.. difficult…”.
“Please try, it might be a hit! If it fails.., it’s not for a customer, I’ll take the risk!”
“Well, ok, I’ll try!”.

I made a sketch and emailed him the two colors I wanted. Within a week he emailed me a photo of the result and when we received the frame, we were all very happy with the result! So, here it is; officially the first two tone Avaghon bike in the world! 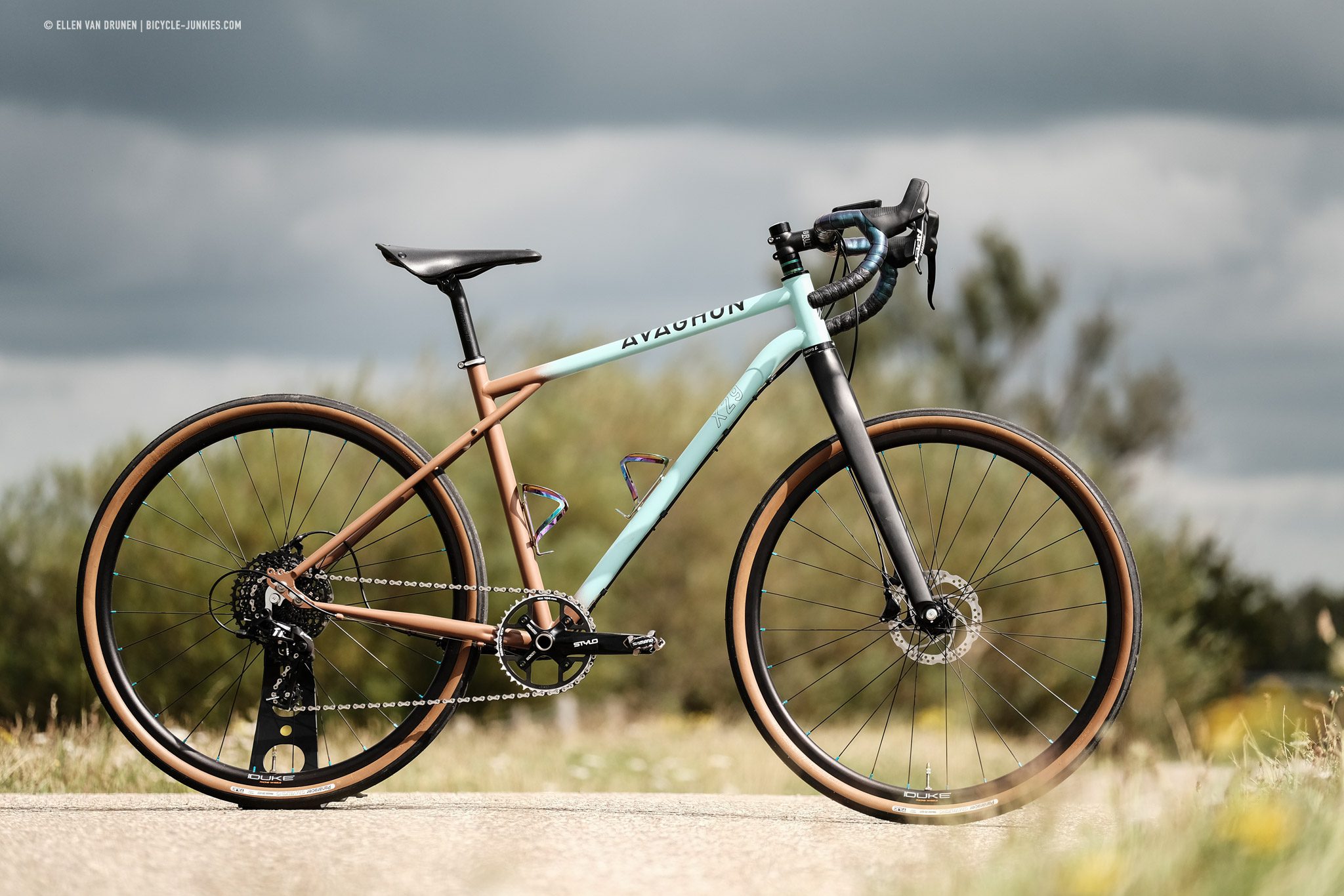 The frame was ready, Marco had ordered the carbon front fork and we started looking for a gravel gearing system that fits the Avaghon X29. The X29 is initially a crossover between a mountainbike and a touring bike and it’s wheelbase is quite long, bracket size is larger than those of racing bikes and it requires post mount brake system. We eventually chose the SRAM Apex1 1×11 gravel group with Stylo crankset.

Rims, tires and some slick additions

Elmar has these very beautiful carbon Duke rims on his Racert and Duke also produces aluminum gravel rims, I think they are really neat! I will use this bike mostly for my 17km commute and long (bikepacking) tours on asphalt, that’s why I chose the Panaracer Gravelking Slick 35-622 tires with brown sidewalls; first time I ride tubeless! 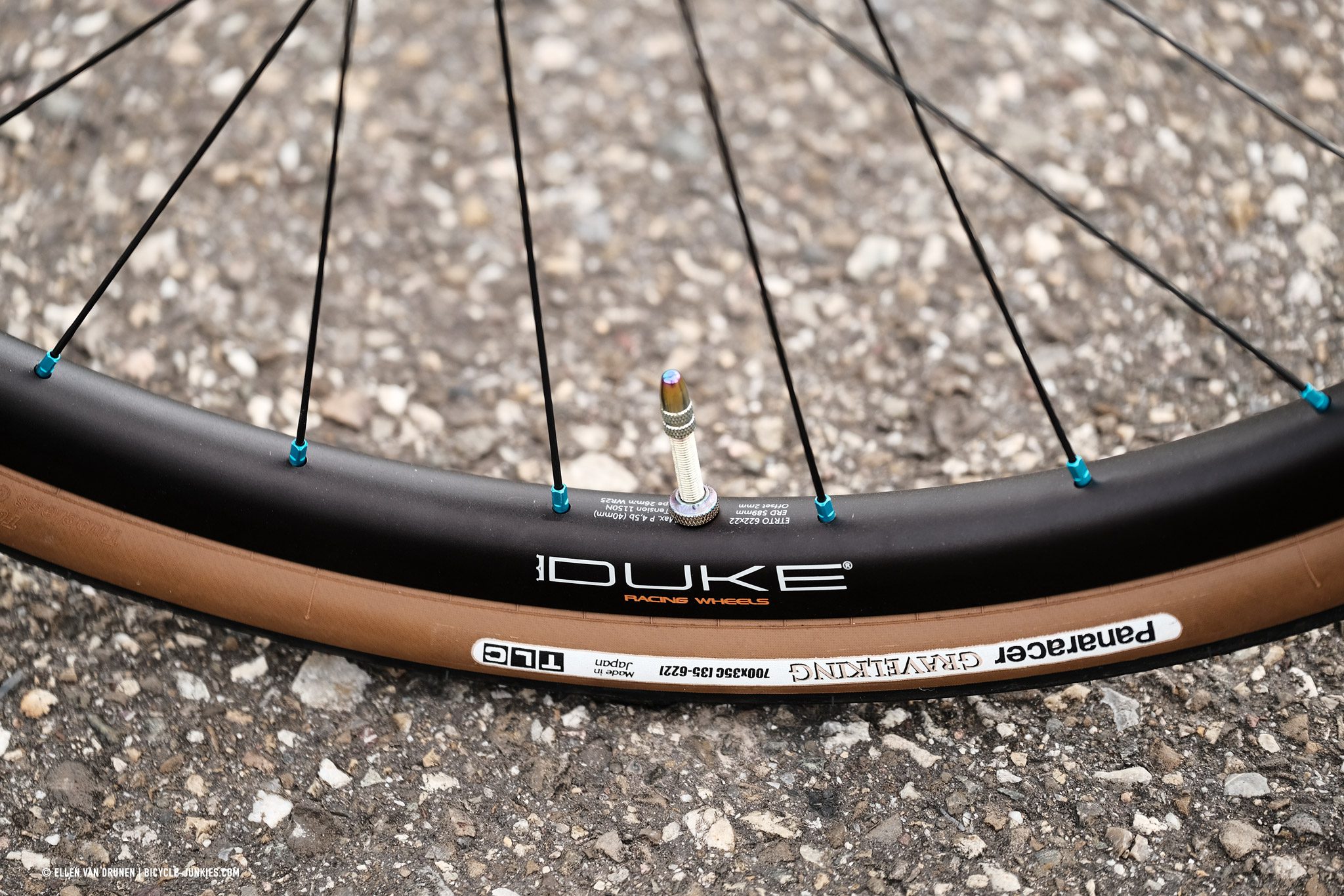 Now, all I wanted were some shiny additions to really make this bike stand out. Some call it corny, others think it’s great: Supacaz Oil Slick! Not just two (very lightweight) bottle cages, but also handlebar tape, spacers and valve caps… I just went all the way! 😉 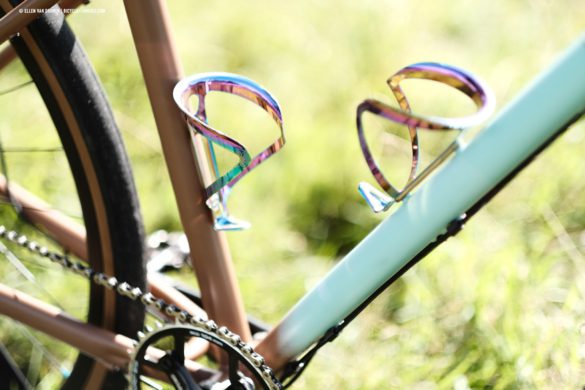 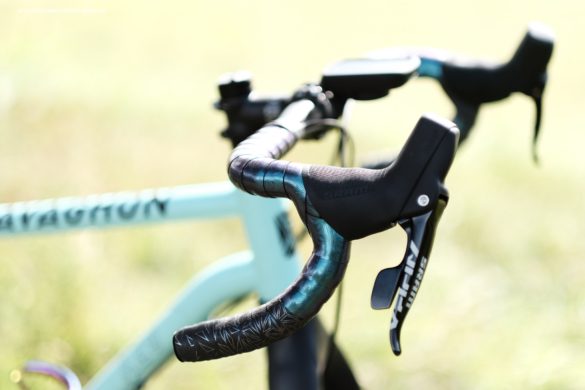 We finished it with black spokes, turquois spoke nipples and Hope RS4 hubs and the Brooks Cambium C17 saddle. 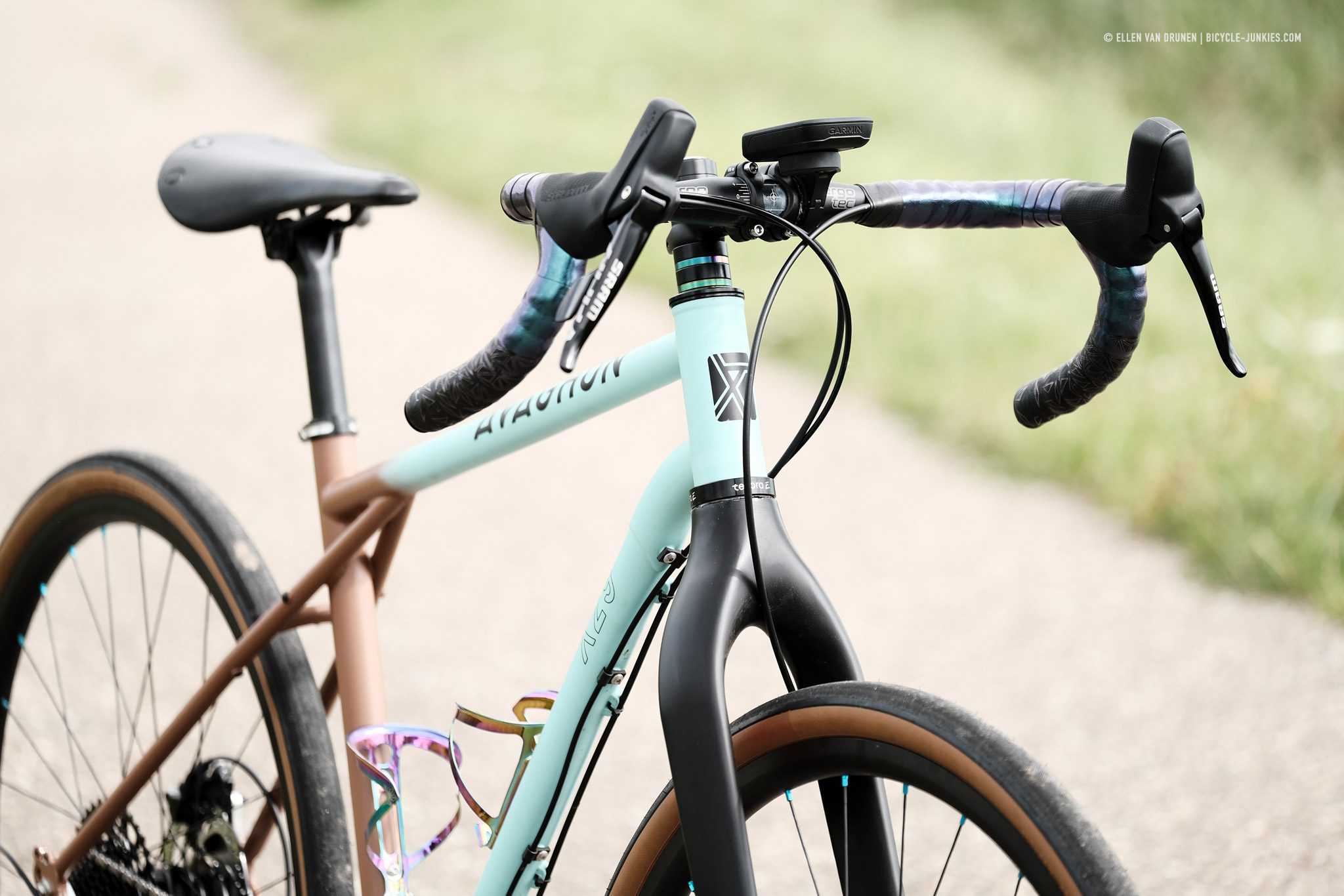 I know I’m biased, but I love it! I enjoy the relaxed steering capabilities, it’s stiff frame and comfortable and stable riding. The first week I crushed all my Strava personal bests! 😉 Within no time I’m riding at decent speed, this bike just wants to go forward.

Changing gears is so easy with the 1×11 SRAM Apex 1, but I must admit steps between gears can be a bit large, if that bothers you, you can opt for the 1×12. But it suits me right now. Or maybe a Rohloff hub 😉

It’s just more relaxed than a racing bike, but a lot faster than a touring bike. I am happy with the result!

Oh, and for those who want to know the weight…: total weight is about 11,3 kg 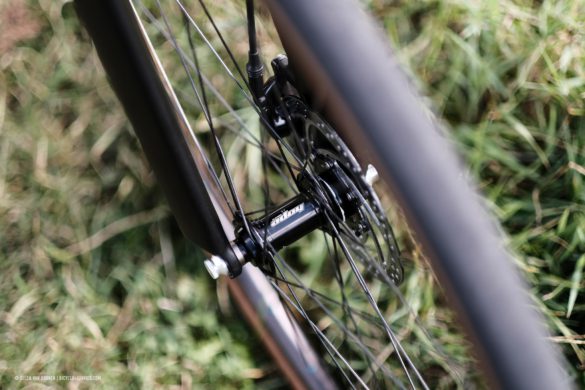 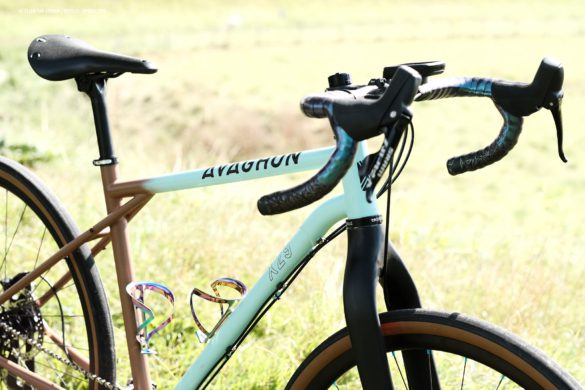 If you want to admire the Avaghon X29 Gravelbike in real life, please let me know. On request, I will have it on display at Bike4travel in Rotterdam.

2015 in pictures: a cycling adventure from Colombia...