540 days ago we pedaled our first kilometers in Brasil, 289 cycling days later we reached our 20.000 kilometer milestone! What did we do the other 251 days? Relaxing, siteseeing, hiking, blogging, being sick, waiting for post, just nothing… But with an average of about 69km per day with all those mountainous roads we took, yeah, I guess, we are pretty proud of ourselves. 🙂

We reached the 20.000 kilometers in Nicaragua, our 11th country on this long distance tour, somewhere between the colonial city of Leon and the border with Honduras. The countries are small and we cross borders very often now. In Nicaragua though we did do some siteseeing; we went to Ometepe Island, wandered through the cobblestone streets of Granada, hiked up an active volcano and visited the Revolution Museum in Leon. 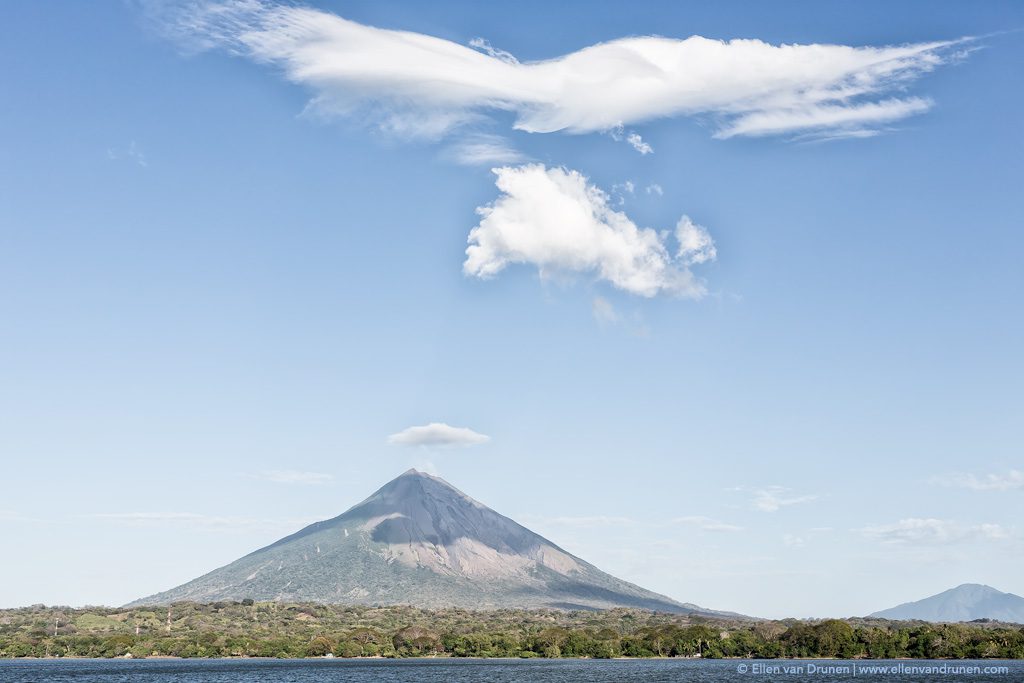 The tour to the Masaya volcano is actually very interesting; we stared into the crater with masks on because of the toxic fumes and walked through a large lava-tunnel to see hundreds of bats. As a bonus a snake is guarding the entrance for us. 🙂 We stayed until darkness, but too much fumes to see the lava flowing, I guess we have to go to Hawaii one day to cross that of the bucket list! 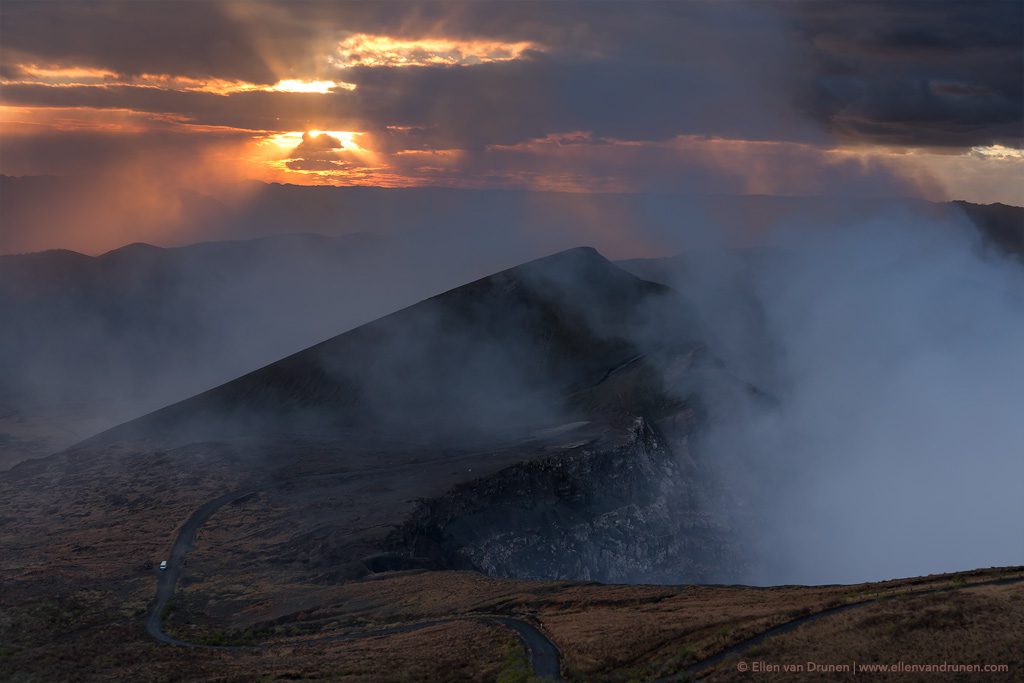 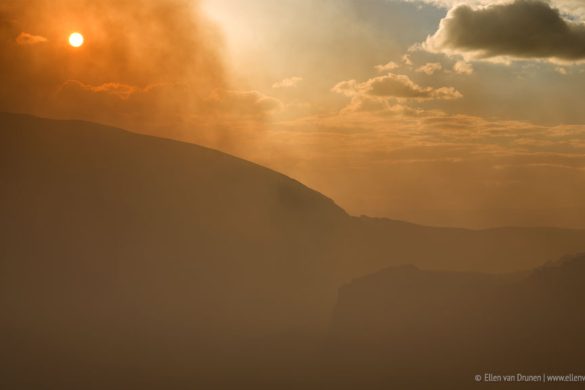 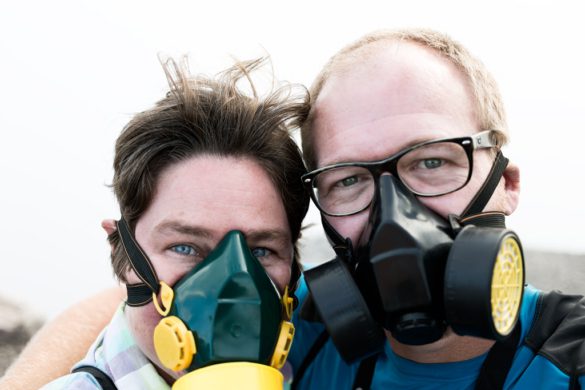 Léon
As with many Central American countries, Nicaragua too had a civil war and revolution. In the 1960s and 1970s the Sandinistas fought against the Somoza dictatorship and it violantly escalated in 1978-79. Somozas regime was overthrown but the Contra War in the 1980s took many more (tens of thousands) lives. Rest returned after the elections in 1990. Of course, it’s far more complicated than I can share here.
In Léon we visit the small (one room) Revolution Museum, where Carlos – a former Sandinista – tells us his side of the story. With the help of old newspapers and photos he explains his role in the war. He speaks with passion, all in Spanish, but we understand it more or less. Carlos was 17 years young and fighting as a Sandinista, he lost his father and a brother and many friends. Sometimes I can see his lips tremble when he speaks to us. I know too little to tell who was wrong or right during this bloody war, but his story gets to me somehow. Or maybe it’s because I’m always a softie during that time of the month! 🙂
Carlos now has a family of his own and makes money by telling tourists his story. I ask him if I can take his picture and he proudly poses next to his own picture. When I show him the result, he says: “Soy gordito!” (I’m fat!) He laughs. 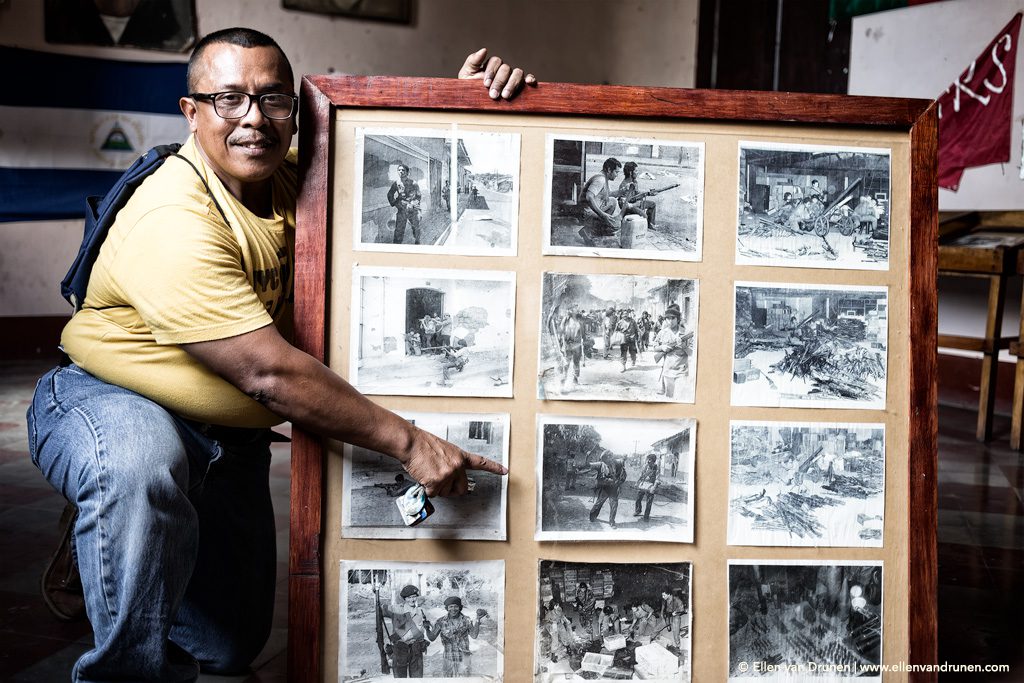 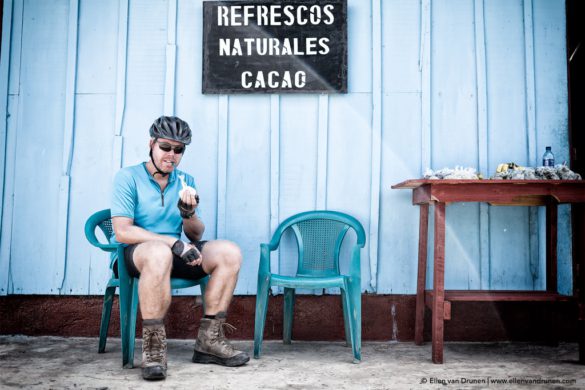 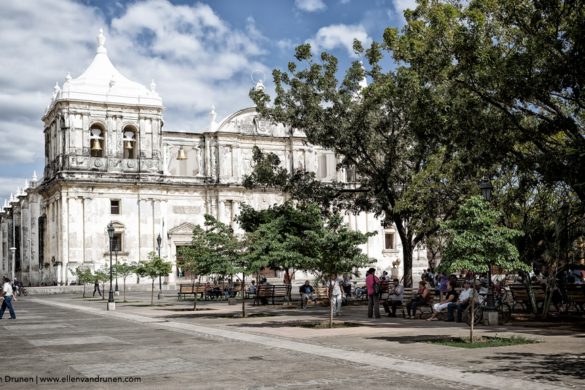 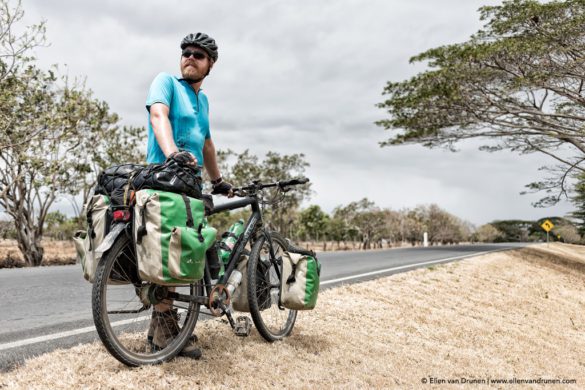 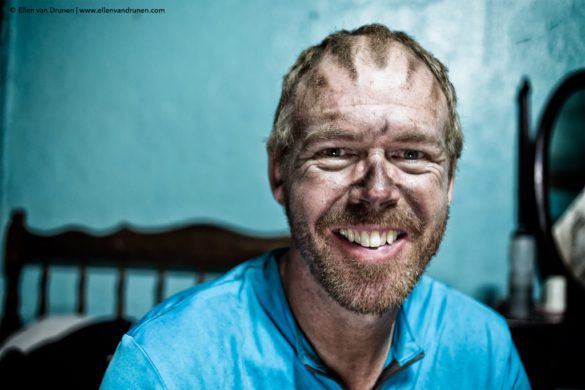 Costa Rica: welcome to the zoo!