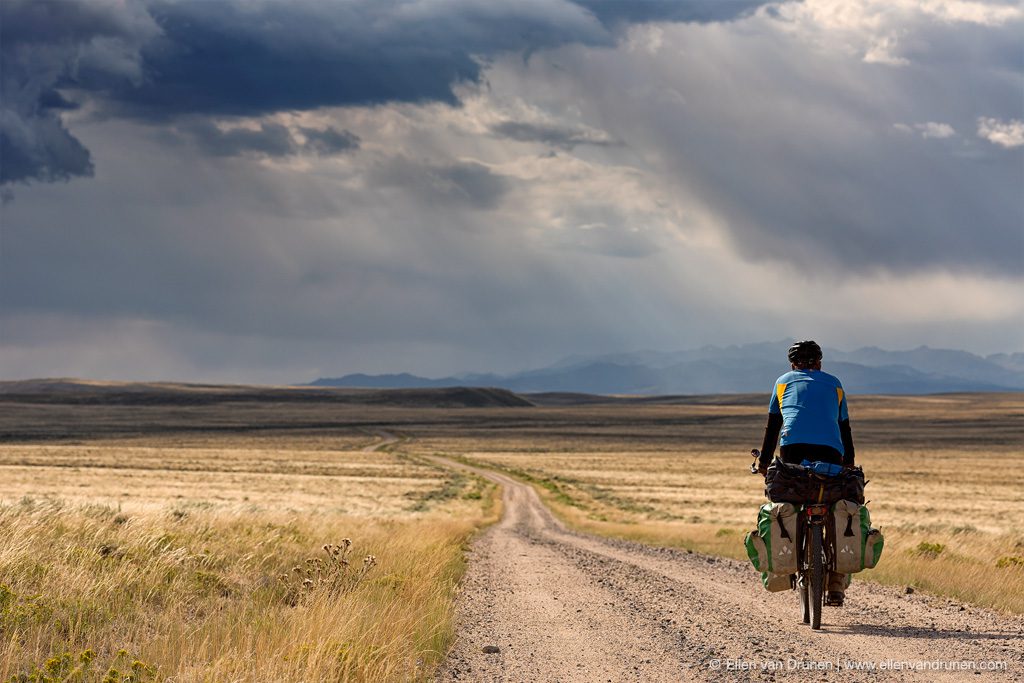 After crossing the state line into Wyoming the scenery changes dramatically. From the white peaked 14.000-ers we find ourselves on wide open, grassy land with cows and pronghorns. The first we’ve seen more than mosquitoes, but the pronghorns are new to us, but there are plenty of these animals running away from us. Not strange, since they are the fastest land mammal after the cheetah …or is it because we start to smell?!?

With leaving Colorado behind us, we also left the thunder storms and a desert like landscape lies ahead of us in the form of the Great Basin. The two and a half day crossing requires careful planning, since water sources are scarce. And after our dehydration experience we decide to cary quite a lot of water, in case we won’t make it to the sources available. 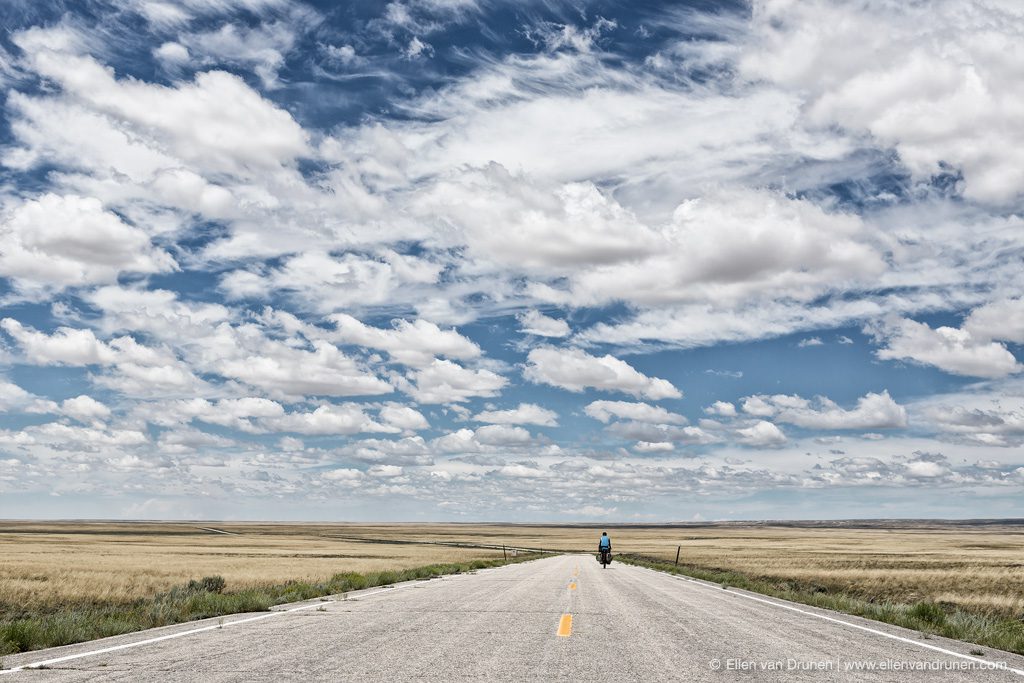 Cycling the Great Basin in Wyoming 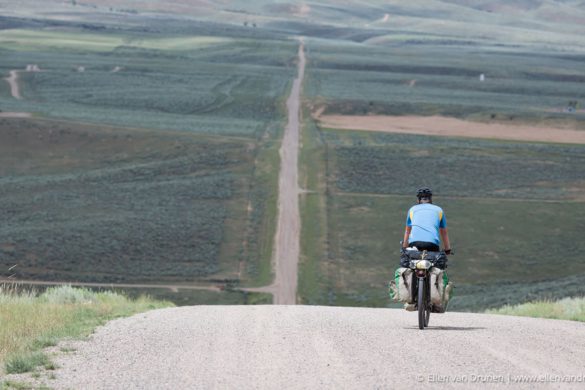 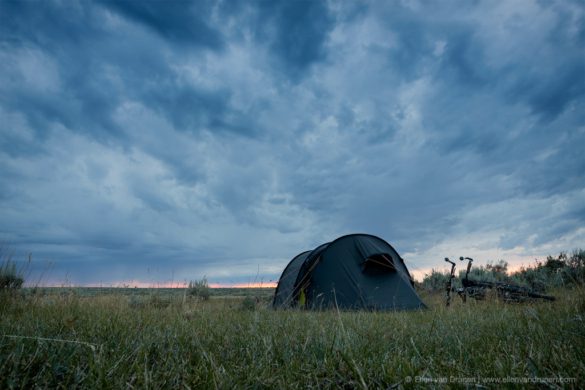 Under a blue sky we leave Rawlins and climb to yet another Continental Divide crossing. A rollercoaster landscape announces itself with one straight stripe of asphalt cutting it in half. On the downhill into the basin we get to meet the fierce winds of Wyoming for the first time. Coming out of the West, thus right in the face! But, as mentioned more than a year ago.., after Patagonia I’ll never complain about the wind again! Windy Wyoming is just a gentle breeze and by the way, I can always hide behind Elmar. 😉 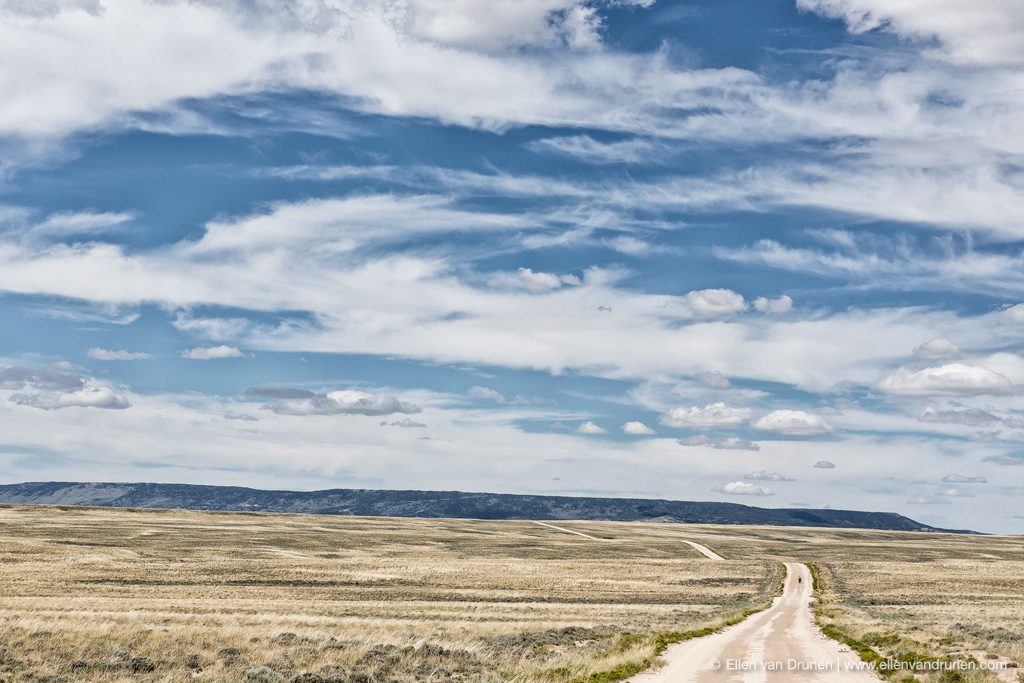 We say goodbye to the asphalt and hit the dirt again, but the road turns and with tailwinds we ride the remaining kilometers to our first water source at the A&M Reservoir. Lucky for us, the reservoir is filled with clear water and Elmar can filter us a cool refill, since we’ve used quite a lot of it during the warm 90-something kilometer ride. 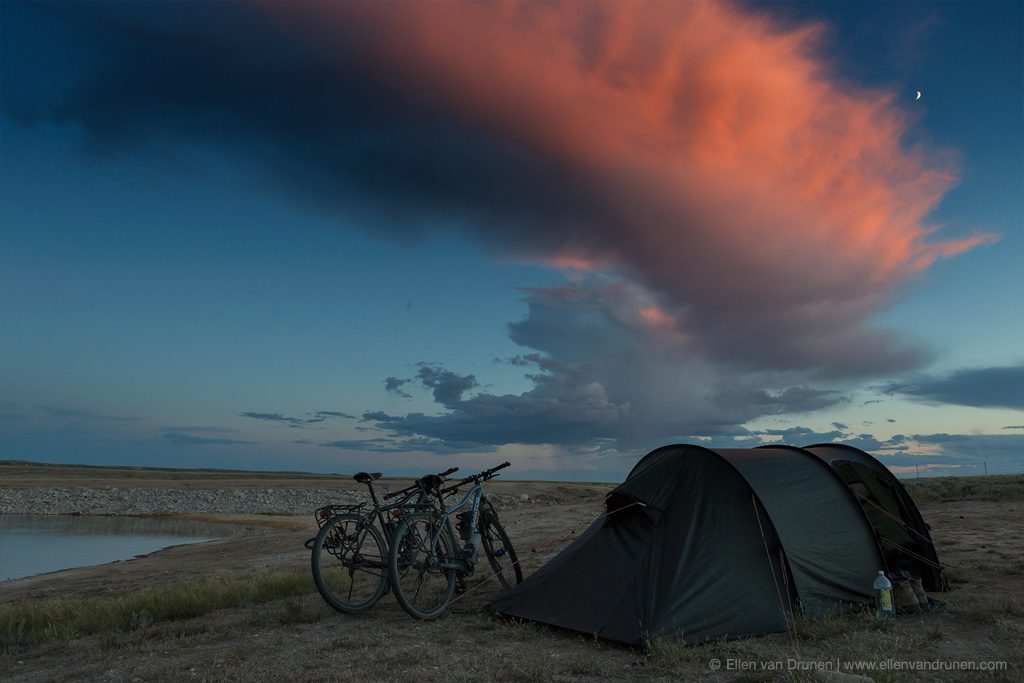 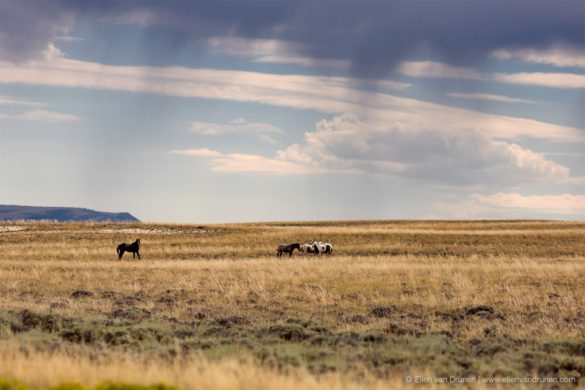 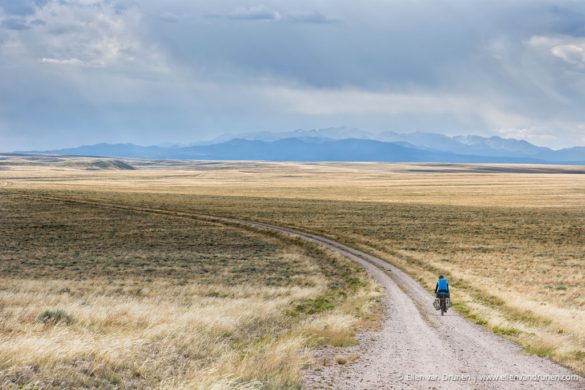 We study the ACA map carefully and find our next goal to be the Diagnus Well, 93 kilometers from here. We’ve met other cyclists who told us that all the creeks are dried up, so there’s nothing until the well. We’ve received detailed tips on how to find the well, since some cyclists have failed to find it. They are now skeletons lying next to their bicycles somewhere… 😉
The altitude profile shows a nice and smooth ride, no big climbs.. it couldn’t be more wrong! It’s a tough rollercoaster ride; 100 meters up, 100 meters down and so on.., and so on… The track deteriorates incredibly and we jump up and down on the corrugated dirt. To make matters worse, the wind has reached stormy proportions and coming from the side it keeps blowing us all over. But still.., I’m not complaining! Just a breeze, nothing more than a breeze..
With the sun setting and dark rainclouds in the distance we manage to reach the well where water is flowing! 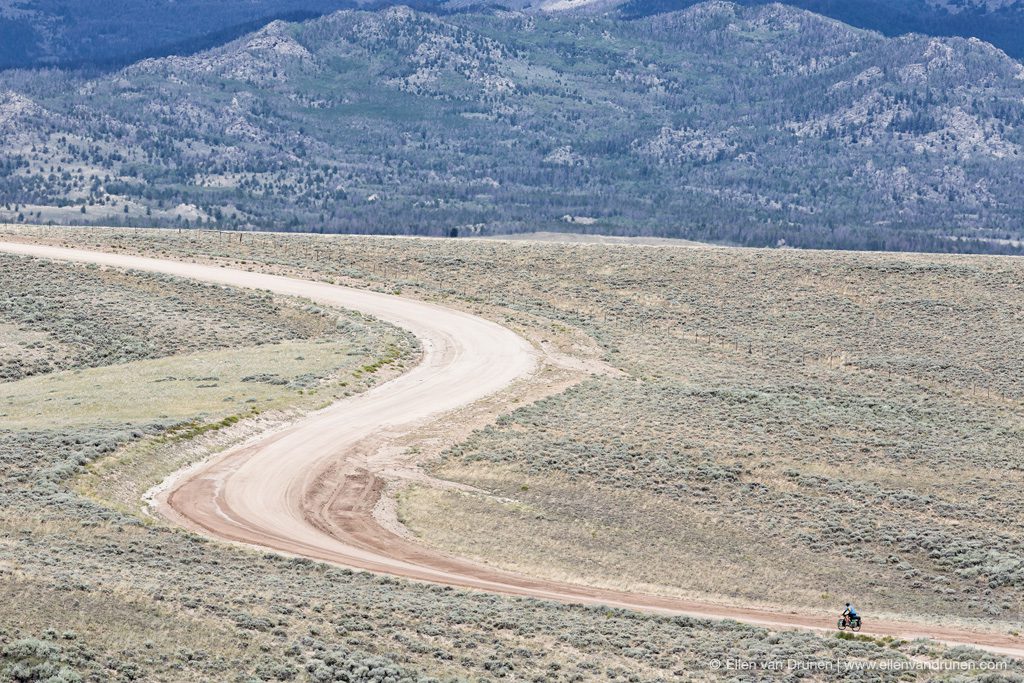 From the well it’s just a short ride into Atlantic City; which sounds a lot (and I mean ‘a lot’) bigger than it is! We ride straight to the tipi and feed ourselves the best stuffed burger ever at the Miner’s Grubstake. It’s a famous Divide riders stop and soon two bikepackers (Jeff and John) join us at the bar, where Laurel (the owner) has many adventurous tales to tell. There’s not a lot here, but it’s the kind of place where you just want to stay and relax and so we did. An hour later Cathy and her husband roll in and we have a fun afternoon swapping stories and tips with each other.
Two day rides later we can finally scrub the dirt and sweat of our bodies in a motel in Pinedale. Time for a local brew! 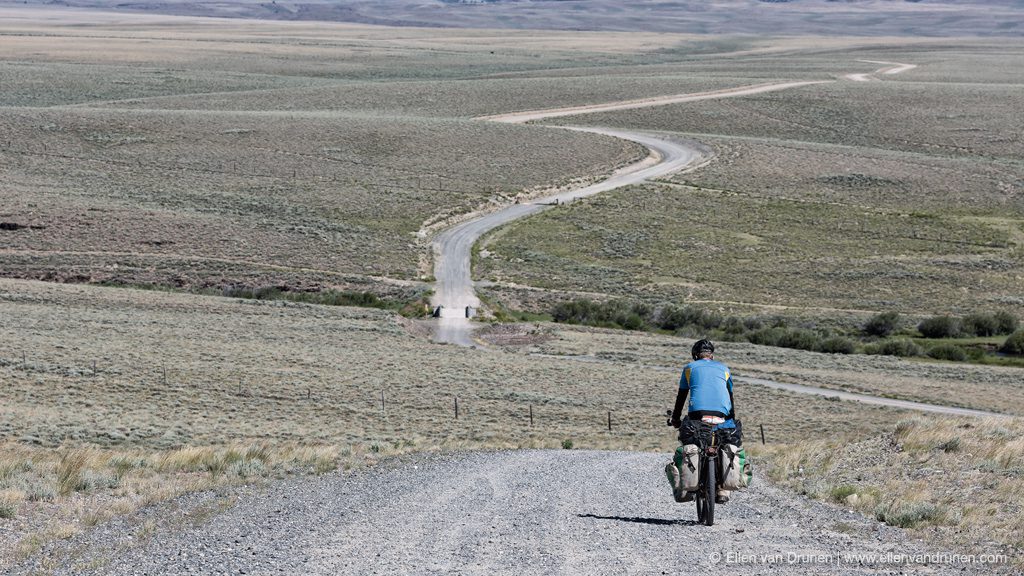