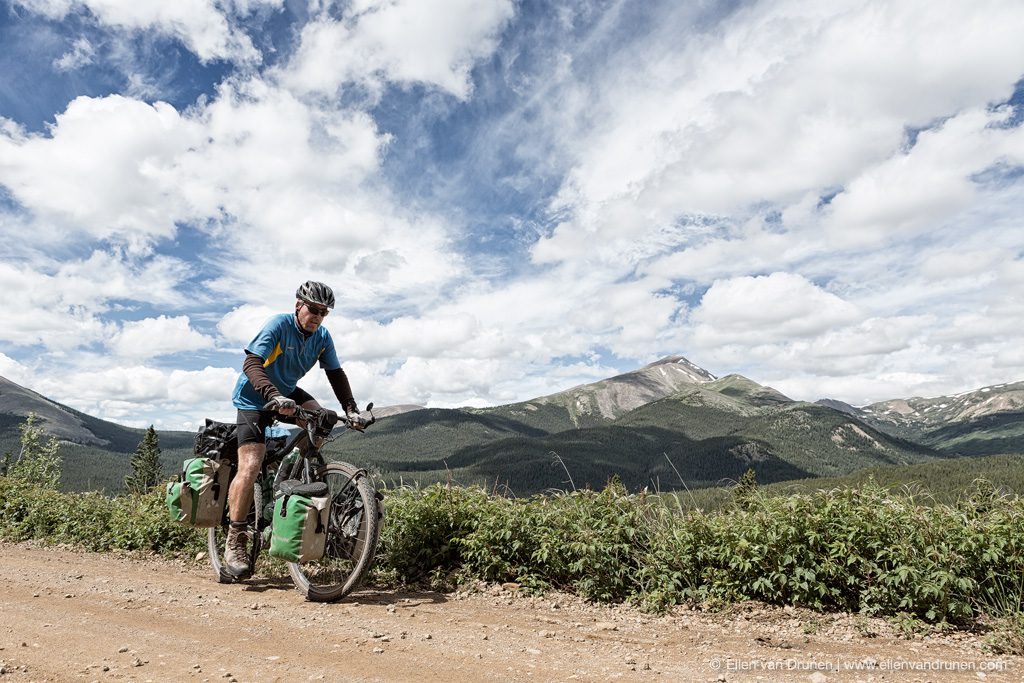 The review you’ve all been waiting for! We have cycled more than 8500 kilometers with the Pinion P1.18 Gearbox, so I guess it’s time to publish our user review now. We’ve received quite a few emails of curious people, so here it is. Keep reading to find out how we experienced the Pinion Gearbox!

Soon after jumping on our Pinion bikes we were forming our opinion on this gear system. But in order to write a reliable review, we wanted to put the P1.18 to the test and cycle at least 7500 kilometers with it. Unpaved, paved, rocky, sandy, muddy, wet, dry, hot and cold, the Pinion has been there with us. And how did it perform and how is it still performing?

Being former Porsche gearbox engineers, the guys at Pinion have the ambition to develop top products for the best bicycles on the market. They have been on the market since 2011 and are revolutionizing bicycle transmission in the form of their Pinion Gearbox. Apart from the P1.18 we were able to test, the Pinion family includes three other gearboxes: the P1.12 for mountain biking and bicycle touring, the 9 speed P1.9 XR for e-bikes and the P1.9 CR engineered particularly for urban bikes. All their transmissions are 100% “Made in Germany”. The name and number of the gearboxes correspond to the amount of gears, in our case 18 gears.

What is the Pinion Gearbox exactly?

The Pinion box is an enclosed unit with seals between the housing parts, which prevent water and dirt from affecting the transmission. The complete transmission consists of two consecutive sub-transmissions with 6×3 gears. This is multiplied to yield 18 gears. Due to the sealing system the box cannot leak any oil.
The box itself is located at the position of the crankset, which means that you need a specially designed frame in which the box fits to be bolted with six bolts. The 18 gears are evenly spaced with an 11.5% increase per gear. The box itself weighs 2698 gram and makes you about 800-900 EUR lighter (compared to same Santos bike with Rohloff).
Visit Pinions website if you are interested in more technical information on the Pinion Gearbox

Comparison to the Rohloff Hub

Not sure if it’s fair to compare these two internal gear systems, because of the price difference, but I guess many people want to know how the Pinion performs compared to the Rohloff hub. Let’s start with some numbers:

Below is a comparison of a detailed weight table; the parts and their weight to make each system work:

Those are the facts, but I’m sure you also want to know if we did notice any difference in riding behaviour? And yes, we did. First of all, we felt no resistance in any of the gears and with that the gearbox is very silent and smooth. And secondly, the steps are smaller between gears and therefor there’s always a right gear for you; uphill or cruising on the flats.

testing The Pinion 1.18 in the field

As we’ve mentioned in the beginning of this post we’ve put the gearbox to the test for about 8500 kilometers. For us the break in period for the gearbox to run smoothly was around 1000 kilometers, contrary to the 500 that Pinion mentions. We could feel the teeth running more smoothly every day, while gears 1, 2 and 17, 18 took a bit longer, probably because we don’t use these often enough. At this point we found the gearbox much smoother and more silent than the Rohloff and were falling in love with the system. Shifting is direct and easy with changing multiple gears at the same time. It is silent and we feel absolutely no resistance. But after 1500 kilometers, Ellen started to have issues with the cranks: ticking and creaking with every kick. We dismounted the cranks to discover they already had worn out. The same thing happened to my cranks, but after about 2000 kilometers. This probably has to do with the fact that my pedal frequency is a lot higher than Ellen’s. In both cases Pinion sent us new cranks and the second pair were the CNC milled ALU cranks instead of the Forged ALU cranks we had initially. While we waited for the cranks, we could keep going as we shifted the cranks a quarter turn, so the issues with the cranks were no direct show stopper, just annoying.
Happy with our new cranks we continued our smooth and silent ride crossing the United States on the Great Divide Mountain Bike Route. 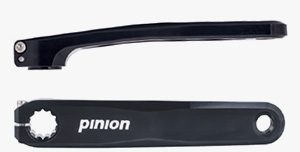 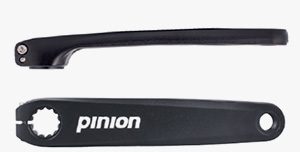 But again, after about 6000 kilometers the ticking in Ellen’s cranks returned. This time it’s not a continuous ticking and creaking, but an irregular sound. We think it has to do with weather conditions; temperature and humidity seem to influence the amount / presence of ticking and creaking. Some days it’s gone, some days it’s there. I guess the cranks are a point of attention for Pinion and need improvement. Right about the same time my front sprocket came loose, even though it was tightened at the required amount of torque and a local bicycle mechanic came to the rescue.

Apart from the irregular ticking in Ellen’s cranks, both boxes are performing very well and we have not had new issues with the system. 8500 plus kilometers on the odometers and still going strong.

So, in short, the gearbox itself is performing as expected, but we experience that the accessories, especially the cranks, do have start-up problems.

A couple of years ago I tested the CDX belt for about 17.000 kilometers and found that the belt wore out faster than the unbeatable CDC belt. Since there is no CDC / Pinion combination, we were relying on the CDX belt once more. The general opinion is that the CDX wears out faster, that it has more resistance and stuck little stones may cause the belt to break. But, is this really still the case? I have no equipment to test the resistance or the tearing strength for that matter, it’s all about how I feel the belt is performing compared to my personal experience with the CDC belt on the Santos Travel Lite with Rohloff and belt. And that being said, I don’t see any reason why the belt would break due to sand and little rocks. I do notice that the durability is less than the CDC, since there’s visible wear and tear around the belt’s teeth (not a lot though). I also find that the CDX belt more easily grinds when it’s dry. In my opinion, once the durability of the CDX improves, the CDX is just as good as the CDC. And I do hope they figure out something to minimize the grinding, which make the belt system sound like a cheap worn out chain…
Note: in the mean time Gates has introduced a new and improved Centre Track system which is not mounted on our bikes at the moment. Maybe I get the chance to test that in the future and maybe that is the improvement I’ve been looking for.

And someting to keep in mind: don’t tension the CDX as much, it’s not necessary at all and will improve your riding experience.

The way the gearbox itself performs is something we both got used to very easily and it definitely has advantages over the Rohloff hub: it’s silent and smooth, we feel no resistance in any gear, the steps are smaller and the range is wider. But the Pinion still has one start-up problem that needs improvement; the cranks.
Would I prefer the Pinion over the Rohloff? If money was no object and with improved cranks I’d certainly say yes. Is it necessary? Not really. The Rohloff has been a loyal partner for more than 20.000 kilometers and we have been able to cycle anywhere we wanted in any condition. But the Pinion does have its advantages over the Rohloff. Is it worth the money? That’s totally up to you, I don’t know the value of money for you and that is something you have to decide for yourself.

If you have any questions or remarks, please comment below! 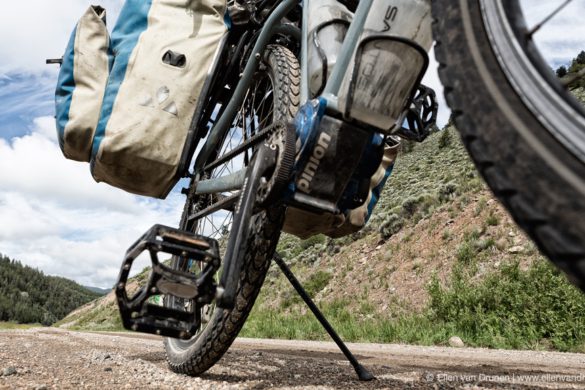 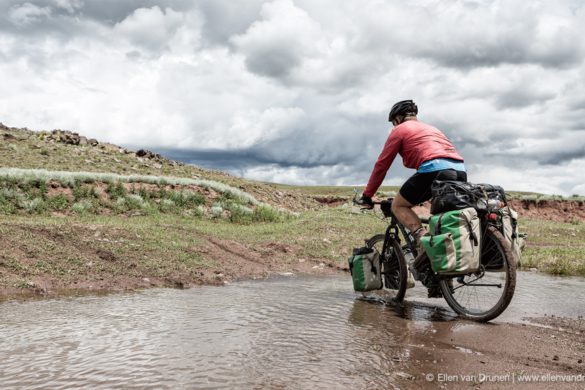 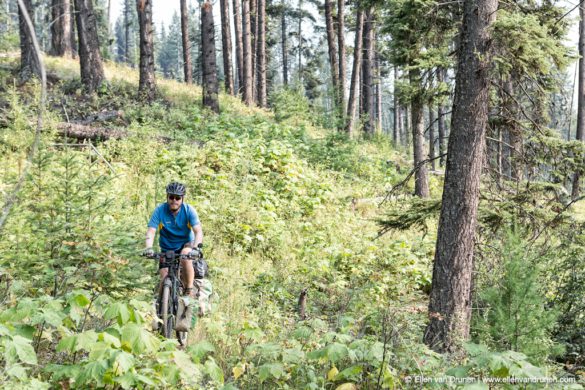 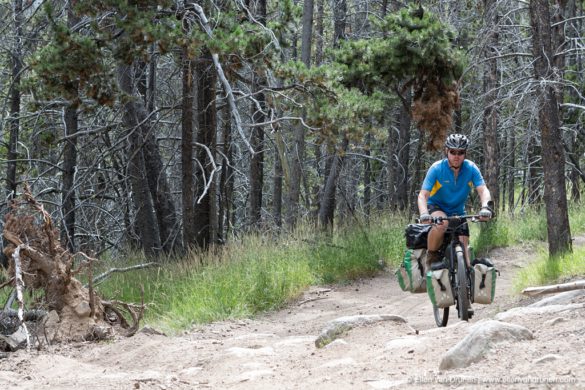 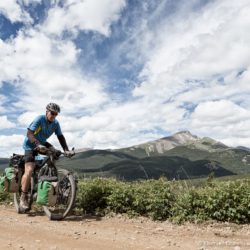 Very nice piece of technique, but came with some issues

CONCLUSION: The way the gearbox itself performs is something we both got used to very easily and it definitely has advantages over the Rohloff hub: it’s silent and smooth, we feel no resistance in any gear, the steps are smaller and the range is wider. But the Pinion still has one start-up problem that needs improvement; the cranks. Would I prefer the Pinion over the Rohloff? If money was no object and with improved cranks I’d certainly say yes. Is it necessary? Not really. The Rohloff has been a loyal partner for more than 20.000 kilometers and we have been able to cycle anywhere we wanted in any condition. But the Pinion does have its advantages over the Rohloff. Is it worth the money? That’s totally up to you, I don’t know the value of money for you and that is something you have to decide for yourself.