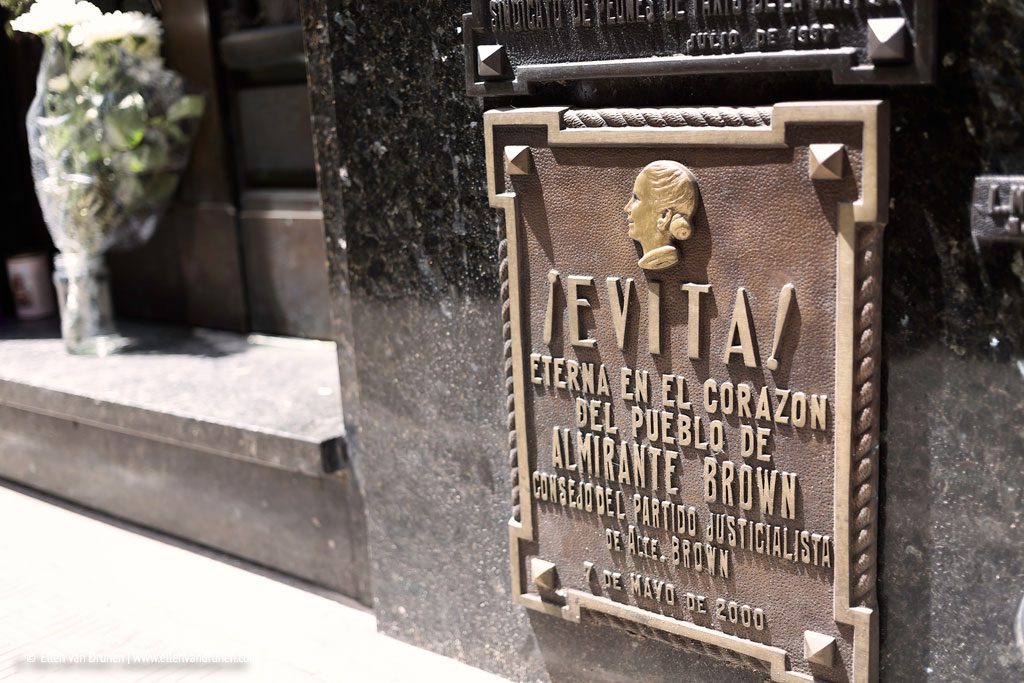 Buenos Aires and beyond

Usually we avoid big cities, but Buenos Aires is one city we would like to visit. And with the ferry from Uruguay dropping us of in downtown BA, it’s an easy one to enter without all the hassle a big city usually brings.

Buenos Aires feels relaxed as we walk through the car free streets towards Plaza de Mayo. There are plenty of restaurants, bars and icecream shops in the area and a steak is a good introduction. 😉 But being too big of a city we decide to be ‘the tourist’ and take the hop on – hop off bus through the city. It’s an open double decker and the whole trip takes about three hours and has 25 stop at interesting points, during the trip you’ll get a lot of historical information. We visit the San Telmo and La Boca area, and the latter has a real good atmoshpere with Tango in the streets, wall paintings, Boca Juniors stadium. The stadium right in the middle of La Boca, it is this club where the famous Maradonna once played and everything surrounding the stadium just breaths Boca Juniors with its blue and yellow colored buildings. Funny fact about the colors is that back in 1905 they couldn’t agree on the club colors, so in 1907 they decided to take on the colors of the first ship that would enter the harbour. That ship came from Sweden and since then blue and yellow are the colors of Boca Juniors.
Close to the stadium is ‘El Caminito’, a short hike throug picturesque La Boca and here we spend some time walking and sightseeing. 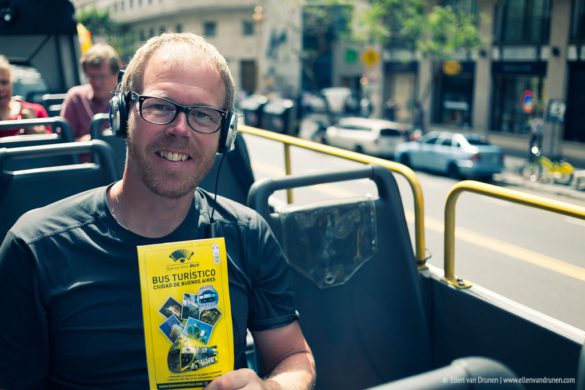 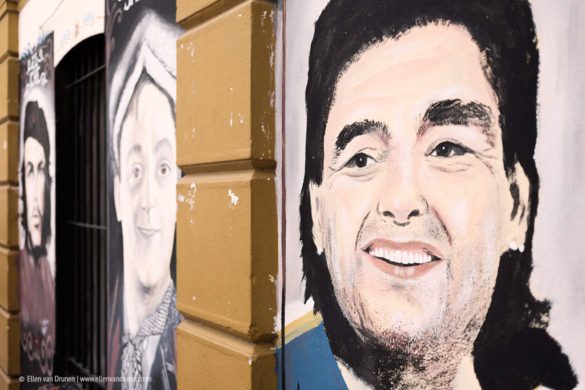 Don’t cry for me Argentina!
Een bezoek aan Buenos Aires is niet complete without a visit to Evita Perons grave. Evita died at the early age of 33 years in 1952, and during her life she was the most powerful presidents wife ever. After she died, the whole country mourned her death, something that only ever happened again with the death of Lady Di.
Evita mostly fought for the poor people and helped the building of hospitals and foster homes. From the balcony of Casa Rosada located at Plaza de Mayo she gave her last speech, her body has traveled to many places but eventually she was burried in the Duartes family grave, which is actually a very modest grave compared to many others at Recoleta cemetary. In a line we walk up to her grave, like all the other tourists. Like I said, it’s very modest.

The mothers of Plaza the Mayo
Every thursday afternoon a handful of Plaza de Mayo mothers gather at the main square and they are still trying to get attention for the ‘desaparecidos’ (the disappeared), about 30.000 people disappeared during the Military Junta between 1973 tot 1986.These mothers were never able to bury their sons… At exactly 15:30 a white van enters the square and a few old women with white scarfes (the symbol of the mothers) step outside. Almost immediately a group of people start chearing and singing for the mothers and cameras click with journalists hanging around them. Some women are full of life and others are sad old ladies with grief in their eyes. It touches me. It looks like a parade, but it’s actually very sad… The younger people give them kisses and after shambling two rounds, they leave… back to where? Till next thursday? 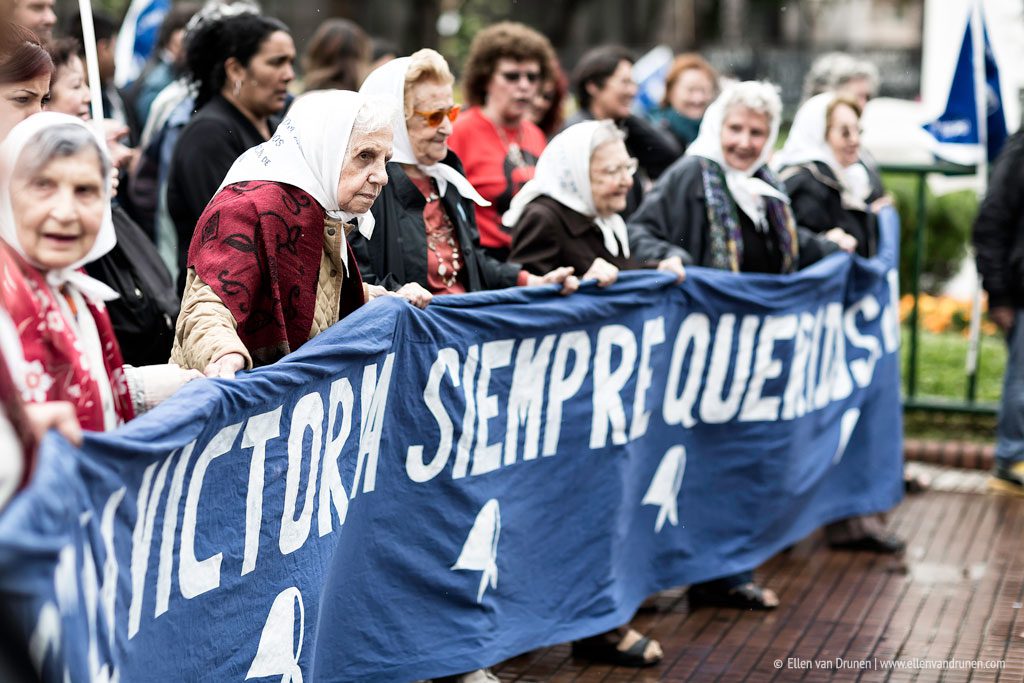 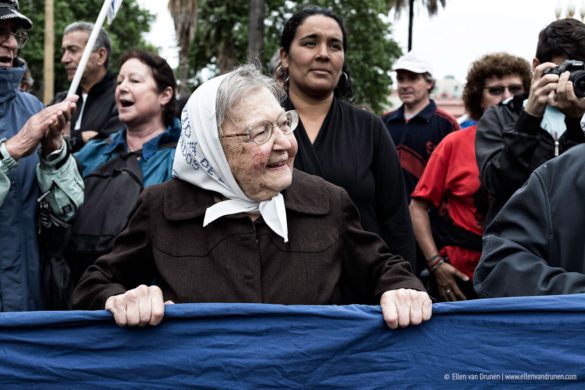 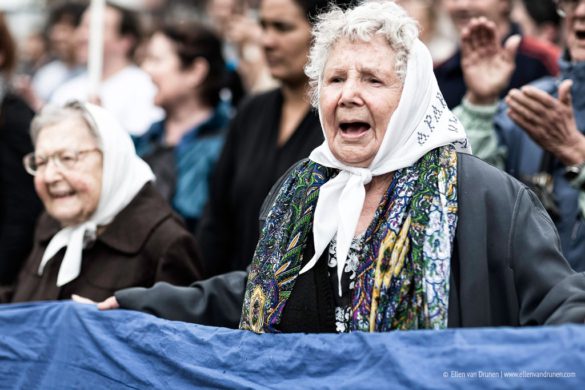 Patagonia: against the wind

5 Reasons to go cycling in Argentina