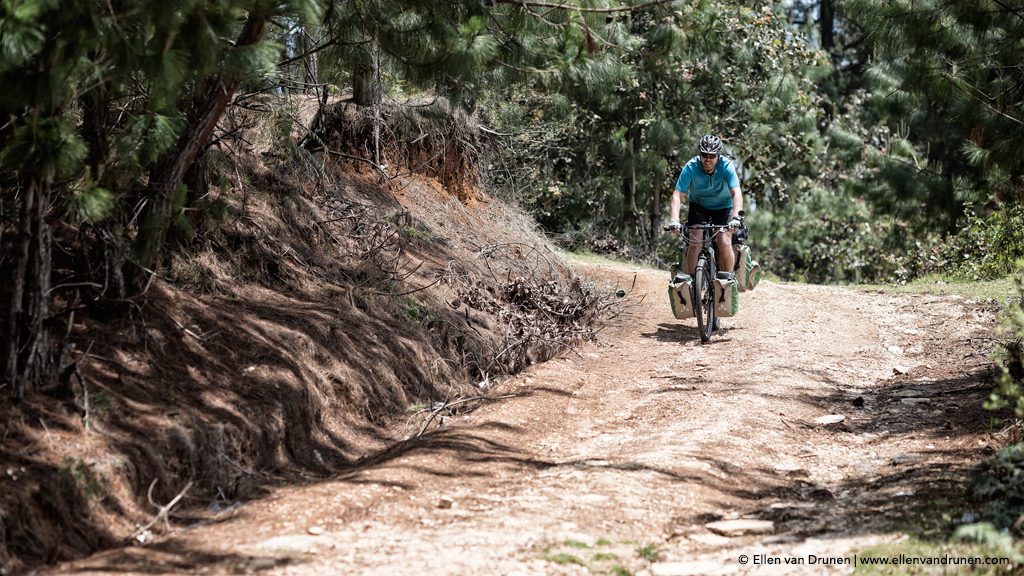 Finding our way through mainland Mexico

Our new beasts on two wheels had a good spin on the flat and straight roads from Merida to Campeche, but it was time to hit the mountains again. Away from the heat and finding cool air and a different landscape. But, before we’d be puffing and sweating our way 3000 meter up, we’d stopped to visit mysterious Palenque. 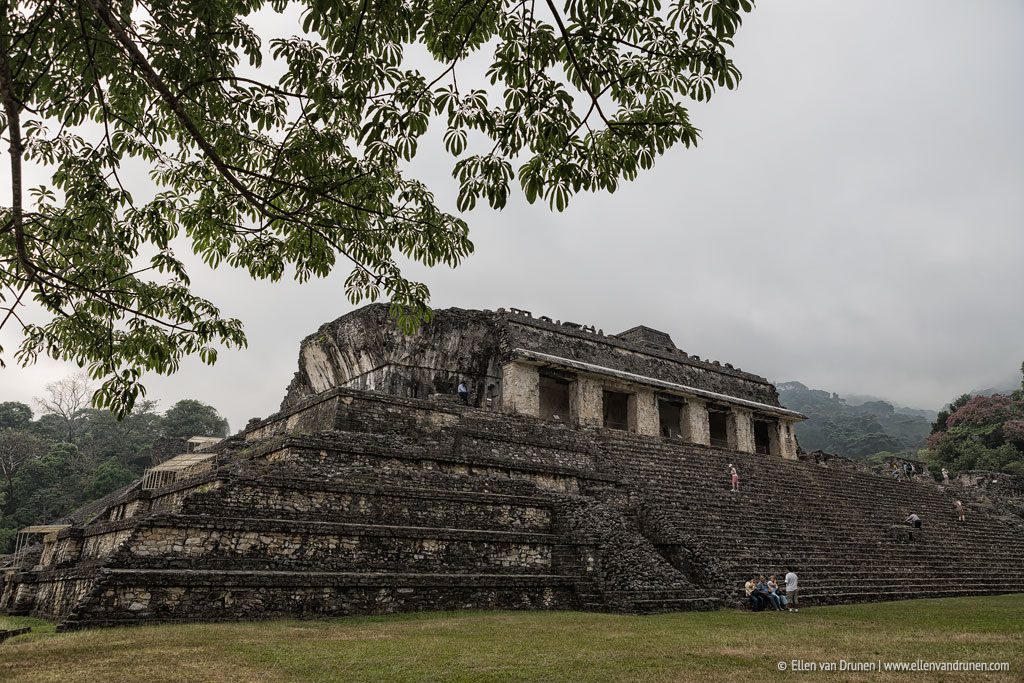 The ruins of Palenque are well hidden in green and lush jungle area. Of all the Maya ruins we had visited, Palenque was the most mysterious one. It’s temples and palaces are spread over a hilly site, at the foothills of a mountenous part of Mexico and many ruins sit amidst the trees. Palenque doesn’t have a huge temple in an open area, like Chitzen Itza, but it is still very much worth the visit. Again, it was very hot and humid and mist was descending from the mountain tops while we were wandering around the site. We were here early, just before the crowds came in and this too was a good decision! The rest of the day we stayed inside in the comfort of an airconditioning! 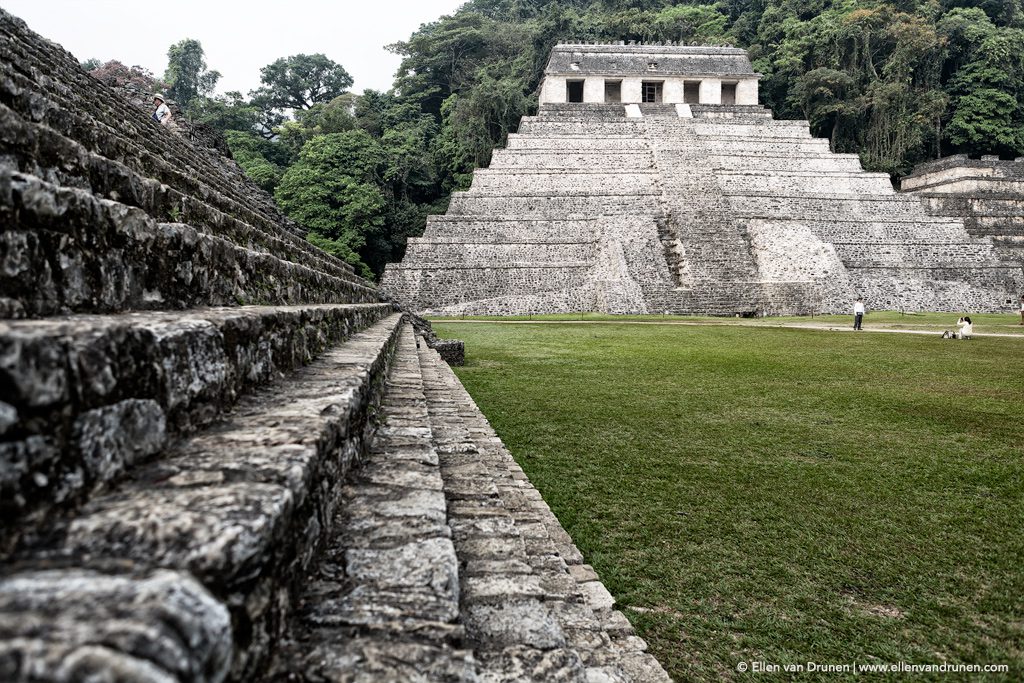 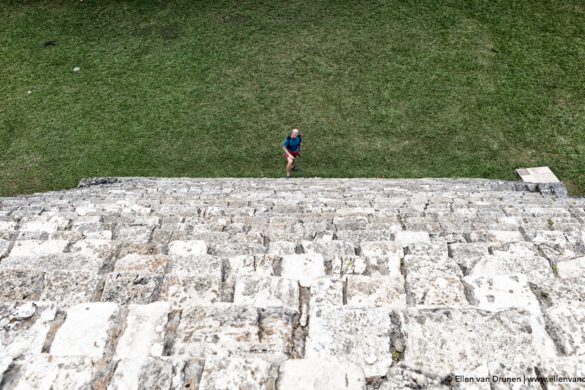 We hit the mountains again and with every drop of sweat we’d loose, we got closer to cooler temperatures. After climbing more than 3000 meters up we were enjoying normal temperatures again! No aircon was needed, we could sleep with the windows open and at night we even had to wear a sweater, it was like we’d died and gone to heaven! 😉

But, to be honest, the cycling itself wasn’t really rewarding. Busy roads, penetrating diesel fumes and no shoulders for safety. Sure, there must be lots of offroad cycling, but I guess our minds were now set to cycling the Great Divide in the United States. To be IN nature againg, camping, cooking our own pasta meals and enjoying a million-stars night instead of a zero-star hostel with crappy WiFi, chicken and beans and another rerun of Friends on the tele. It’s been simmering for a while now and it’s time to make a decision. And that’s exactly what we did; we decided we’d rather spend more time enjoying life outside and feeling the freedom of a bicycle adventure again. Yes, that’s right… ohno!!! We cheated and took a couple of buses! 😉
We are now in Mazatlan and tomorrow we’ll take the ferry to Baja California, which is supposed to be a better ride and involves camping again, hurree! Cheers to freedom and riding a bicycle around the world… with every now and then a bus. 😉 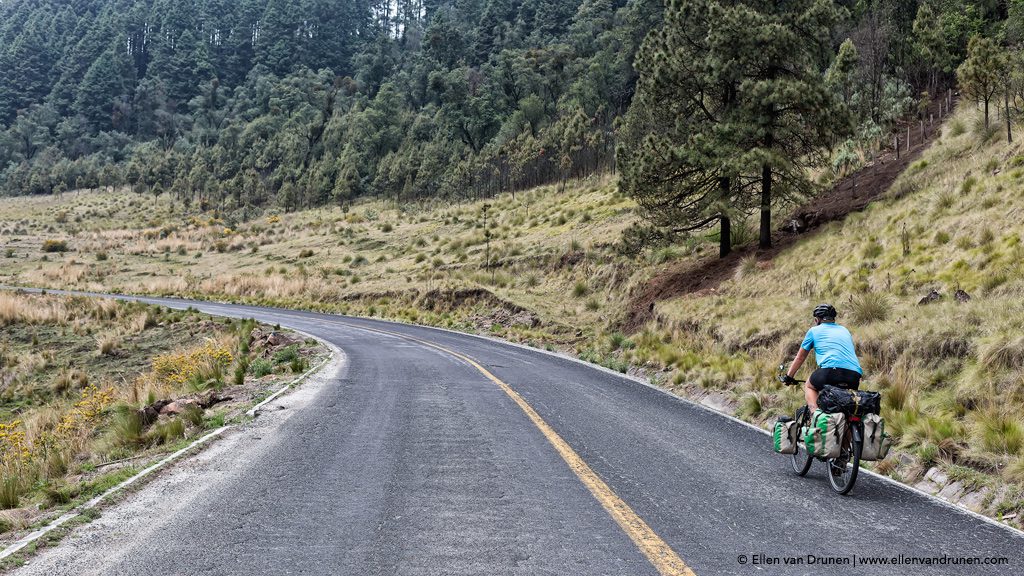 The road to Oaxaca 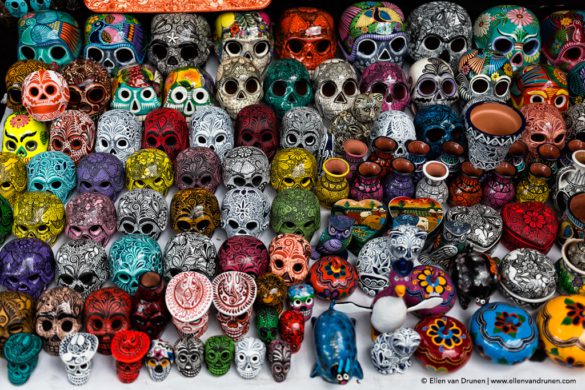 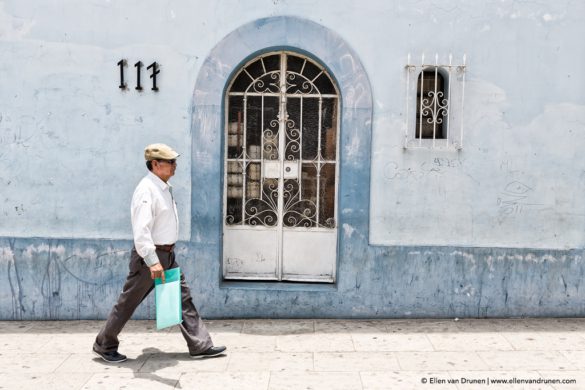 Let us introduce to you: the Santos Travelmaster 2.9 with Pinion and Gates Belt Drive

I enjoy all of your blogs. About the buses; it is completely understandable to do as much as possible what you like the most.

Thanks all, for your understanding and your kind words! We just arrived in La Paz, in Baja California. There’s a nice ride ahead of us, which involves camping again! 😉 We are so looking forward to see the sunset / sunrise from the tent again… 😉